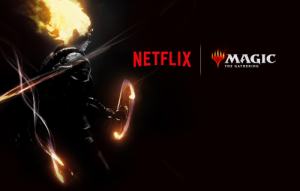 NETFLIX AND THE RUSSO BROTHERS JOIN FORCES WITH WIZARDS OF THE COAST FOR FIRST OF ITS KIND ANIMATED SERIES MAGIC: THE GATHERING